Coronary artery percutaneous revascularization can be my best way for cardioversion: A case report

We describe the case of a 78 year-old male patient with multivessel disease who refused surgical revascularization. His resting ECG showed atrial fibrillation of unknown time of onset. He was admitted for elective coronary intervention. Once angioplasty with stenting was done to his proximal Right coronary artery and TIMI III was obtained, normal sinus rhythm was immediately restored and maintained. We believe and also as shown in previous reports that ischemia in the right coronary artery distribution is associated with a high incidence of atrial fibrillation.

Atrial fibrillation is the most common cardiac arrhythmia accounts in clinical practice. Its incidence increases with age, with most forms of cardiac and some pulmonary diseases, and with a number of metabolic, toxic, endocrine, or genetic abnormalities [1-3].

In spite of simplicity of diagnosis, patients with atrial fibrillation (AF) are difficult to treat and at risk for cardiac origin thromboembolic events. In the recent years with the description of the phenomenon called remodeling, it has been possible to better define the principal mechanisms responsible for initiation, maintenance and, in some instances, termination of AF. Electrical, mechanical and anatomical remodeling indicates those alterations [4].

Classification of clinical AF subtypes can be achieved on the basis of the ease by which episodes of the arrhythmia terminate as follows [3]:

• Paroxysmal” AF refers to episodes that generally stop spontaneously after no more than a few days.

• Permanent” AF cannot be converted to sinus rhythm. These terms apply strictly to chronic AF, because a single episode of the arrhythmia cannot be fully categorized.

Although there are some mixed patterns, they generally derive from physician impatience for early cardioversion or from pragmatic clinical considerations (e.g., to avoid thrombus formation or hemodynamic decompensation) [2].

Atrial fibrillation is a well-established complication of myocardial ischemia [5] and can also complicate acute coronary syndromes, particularly acute ST-segment elevation myocardial infarction. In this clinical setting, the occurrence of AF is of particular importance since rapid and irregular ventricular rates during the arrhythmia may cause further impairment of the coronary circulation and left ventricular function in addition to the adverse consequences of neuro-hormonal activation [3].

Despite these clinically important considerations, there are no firm therapeutic guidelines which specifically address critically important issues such as the role of antiarrhythmic drugs, pharmacological rate control, and prevention of thrombo-embolism in patients with AF complicating acute myocardial infarction.

Herein, we present the case of 72 year old male with multivessel coronary disease, who presented with AF of unknown duration and sinus rhythm was restored after angioplasty and stenting of his proximal right coronary artery (RCA).

This is the case of a 72 year old male with history of longstanding hypertension, diabetes mellitus, dyslipidemia, and recent left occipital stroke three months ago, coronary artery disease status post left anterior descending artery stenting done at another hospital in 2004. He underwent redo coronary angiogram one month ago in Germany, where it showed severe multivessel disease. He was offered coronary artery bypass surgery but due to his recent stroke and multiple co morbidities, the patient opted to go for multivessel percutaneous coronary intervention (PCI).

His Echo reported LV systolic dysfunction with Ejection fraction at 35%, with resolution of left ventricular apical clot which was reported in his previous Echo study 3 months ago. He was on warfarin that stopped 3 days prior to admission. On admission, we noted that his basic rhythm was AF; there is no clear history of the time of onset (Figure 1). So, options, risks and benefits of angioplasty with stenting versus surgical revascularization were discussed again in detail with the patient, patient’s family and referring physician as well as the outside surgeon. Final decision was to proceed with PCI. Echocardiogram showed the left ventricle is of normal size. Akinesia of septo-apical, antero-apical and apical wall, mild hypokinesis of other segments with moderately reduced ejection fraction (35%). The left atrium is mildly dilated and right atrium within normal size. No significant valvular dysfunction. Right ventricle and estimated pulmonary artery systolic pressure are within normal

He underwent successful complex multivessel PCI including angioplasty to left anterior descending artery (LAD) with 2 stents (Figure 2), Left circumflex artery (LCX) with one stent (Figure 3), Right coronary artery (RCA) with 2 stents and angioplasty to posterior descending artery as well (Figure 4). Once, angioplasty and stenting was done to the proximal RCA and TIMI III was achieved (Figure 4), we noticed on the monitor that atrial fibrillation was immediately reverted to normal sinus rhythm (Figure 5). He remained with normal sinus rhythm and hemodynamic stability. The patient remained in sinus rhythm throughout the duration of his hospitalization. He was subsequently discharged on aspirin, clopidogrel, a β-blocker, statin, and an angiotensin-converting enzyme inhibitor. ECG and 24-hour Holter monitoring were performed 1 month later, and showed no evidence of recurrent AF. The patient was followed up at the outpatient department over the next 6 months. There was no evidence of AF recurrence throughout this period. Atrial fibrillation is the tachyarrhythmia that has the highest prevalence among all populations and is the most common arrhythmia accounts in practice. It is clinically important because affected patients have a higher risk of mortality; a deterioration in haemodynamics due to increased heart rate, loss of atrioventricular synchrony, progressive dysfunction of the left atrium and left ventricle; and stroke and other embolic events resulting from atrial thrombi. In addition, AF may cause significant symptoms and impair both functional status and quality of life. Its incidence increases with age, with most forms of cardiac and some pulmonary diseases, and with a number of metabolic, toxic, endocrine, or genetic abnormalities [1-3]. Patients with new onset AF in the peri-AMI period have a higher rate of death and complications, including re-infarction, cardiogenic shock and ventricular arrhythmias [3].

In spite of simplicity of diagnosis, patients with AF are difficult to treat and at risk for cardiac origin thromboembolic events. In the recent years with the description of the phenomenon called remodeling, it has been possible to better define the principal mechanisms responsible for initiation, maintenance and, in some instances, termination of AF. Electrical, mechanical and anatomical remodeling indicates those alterations [4].

Atrial fibrosis is probably the most critical component of the remodeling process and appears to be mediated by several factors. Several kinds of arrhythmias, especially ventricular ones and conduction disturbances, can also occur during PCI, resulting from excess catheter manipulation, intracoronary dye injection, new ischemic events, or reperfusion injury. Supraventricular arrhythmias, including atrial flutter and AF, may also occur during or after PCI, as a complication or a sequel of the revascularization procedure. Also post-operative AF is a common complication of coronary artery bypass surgery (CABG), occurring in 5-40% of patients during the first postoperative week, depending on definitions and methods of detection.

Atrial fibrillation is a well-established complication of myocardial ischemia [5] and can also complicate acute coronary syndromes, particularly acute ST-segment elevation myocardial infarction. In this clinical setting, the occurrence of AF is of particular importance since rapid and irregular ventricular rates during the arrhythmia may cause further impairment of the coronary circulation and left ventricular function in addition to the adverse consequences of neurohormonal activation [3].

This is an interesting report on immediate cardioversion from AF after the restoration of RCA proximal flow and atrial perfusion in a patient with multivessel CAD.

AF is a common arrhythmia, and restoration of sinus rhythm is very important in the treatment of this condition. The pathophysiology of AF is complex and incompletely understood. Paroxysmal AF results from focal firing arising from the pulmonary veins or other sites, as well as single or multiple re-entry circuits [6]. Atrial fibrillation may also occur when structural and/ or electrophysiological abnormalities alter atrial tissue, thereby promoting the formation and/or propagation of abnormal electrical impulses. As such, any disturbance of atrial architecture potentially increases the risk of developing AF. Such changes occur most commonly in the setting of underlying heart disease associated with coronary artery disease [5].

Atrial fibrillation is a known complication of acute MI. It occurs in approximately 10% to 20% of these patients, and is associated with more serious complications and poor long term outcomes [7,8]. Proposed mechanisms for post-MI AF include: increased LA pressure due to left ventricular dysfunction, pericarditis, increased vagal stimulation, and atrial ischemia. In patients presenting with acute ST-elevation MI and concomitant AF, atrial ischemia is believed to be the most likely cause. One report showed that 3% of patients with ST-elevation MI developed AF within 3 hours of the onset of chest pain, and that all of these cases were associated with inferior MI [9]. The authors hypothesized that atrial ischemia was the cause of AF in this context. Another previous report showed successful PCI might have an immediate effect on restoring sinus rhythm in patients with new-onset AF [10]. As such, atherosclerotic disease in atrial coronary branches may underlie the development of AF. In our patient, after the successful revascularization of the proximal RCA, the blood flow to the sinoatrial nodal branch, acute marginal branches and atrioventricular nodal branch became more apparent. These atrial branches supply atrial tissue and the sinus node along their course over the right atrium. This restoration of the atrial blood supply will improve the atrial dysfunction, sino-atrial and AV nodal ischemia after successful PCI.

The recurrence and duration of paroxysmal AF can result in its chronicity. Structural and electrical remodeling are among the mechanisms implicated in this process. Thus, prompt revascularization in myocardial ischemia may improve the long-term prognosis of any associated AF [2-4,12].

Coronary artery disease and AF complicates anticoagulation and antiplatelet therapy, and is associated with higher morbidity and mortality rates [13,14]. There is insufficient data to guide clinical practice optimally in such cases. Current guidelines recommend dual antiplatelet agent and anticoagulation for patients with AF after coronary artery stenting [6,15]. However, some cases of AF detected after myocardial ischemia may be short with self-terminating phenomena, and thus strict adherence to the guidelines may expose these patients to an unnecessary risk of bleeding. Methods for differentiating new-onset AF from pre-existing asymptomatic AF are required. In our case, PCI resulted in immediate cardioversion. Oral anticoagulation was carefully discontinued, because the PCI was thought to have resolved the underlying cause of AF. The patient was followed up at the outpatient department over the next 6 months, and there was no evidence of AF recurrence throughout this period. He is doing much better after coronary revascularization, sinus rhythm restoration and leading a very active life.

The bulk of evidence demonstrates that AF in patients hospitalized for CAD or acuteMI carries adverse prognostic implications regarding in-hospital, but also long-term mortality. Particularly in the setting of left ventricular dysfunction, mortality seems to be further elevated when AF is present. Our case report emphasizes that coronary intervention can be one of the methods of terminating AF associated with ischemia mainly due to proximal RCA stenosis. There is a lack of data concerning optimal treatment modalities of AF in this setting.

Lastly we think more researches are needed to find a way to risk stratify AF patients to detect those with CAD and at risk for recurrence. 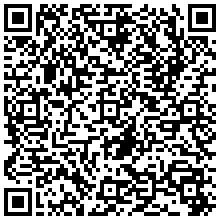