Calcific aortic valve stenosis (AS) is currently the most common valvular heart disease and a significant health problem [1]. Symptomatic severe AS is associated with high morbidity and mortality, and aortic valve replacement remains the only treatment that may improve prognosis [2]. It was a clinical belief that systemic hypertension (HTN) was an unusual finding in patients with significant AS. The assumption that severe HTN may even rule out the existence of severe AS could be found in older cardiology textbooks. However, more recent studies have shown that systemic HTN is rather common in patients with calcific AS [3]. A history of systemic HTN was reported by Antonini-Canterin et al. in 32% of symptomatic patients with significant AS (mean age: 68 ± 9 years) referred for aortic valve replacement [3]. In a more recent study, concomitant systemic HTN was found in up to 74% of older patients with severe AS (mean age 81 ± 8 years) who underwent transcatheter aortic valve implantation [4]. This is explained by the fact that blood pressure values are determined both by cardiac output and systemic vascular resistance. As the mean age of AS patients has constantly increased and many of the elderly AS patients also have comorbidities affecting the aortic stiffness, a significant increase in vascular resistance is common in this setting. In current clinical practice, this association requires more attention since the prevalence of both HTN and AS will continue to increase due to the aging population.

There is evidence that HTN is an independent risk factor in the development of aortic sclerosis and calcification [5,6]. Cuniberti et al. found that systemic HTN per se could lead to abnormalities in the valves’ morphology and function [6]. This may be partly explained by the fact that HTN causes high tensile stress on the aortic leaflets, followed by endothelial injury and/or disruption.

Moreover, in hypertensive patients with AS, increased vascular afterload serves as an additional load on the left ventricle (LV), above that imposed by the stenotic valve, with increased LV hypertrophic remodeling, impaired LV function and worse clinical outcome [7,8]. In clinical practice, global LV hemodynamic afterload may be estimated using valvulo-arterial impedance, a parameter that integrates both valvular and vascular load. Increased valvulo-arterial impedance is associated with impaired LV systolic function and a poor prognosis in symptomatic and asymptomatic patients with moderate and severe AS [9,10].

Coexisting systemic HTN may also play a role in the timing of symptom onset in patients with AS. In hypertensive patients with AS, symptoms may be present with larger aortic valve area and lower stroke work loss compared with normotensive AS patients [3]. Uncontrolled systemic HTN may also interfere with the assessment of AS severity, which should be reassessed after effective blood pressure control.

All these findings suggest that HTN should be treated more aggressively in patients with AS, to delay the onset of symptoms and reduce the negative impact of HTN on LV function.

However, despite the recognition that HTN requires effective treatment to minimize cardiovascular morbidity and mortality, there has been reluctance to treat HTN in patients with AS. Some clinicians have considered severe AS to be a relative contraindication to the use of vasodilators and antihypertensive agents in such patients while others recommend caution. However, most data in the literature highlights the importance of treating HTN in AS. Moreover, there is growing data reporting a high percentage of patients with significant AS who do take antihypertensive treatment without adverse events [11]. Current guidelines recommend treatment of coexisting HTN in patients with AS [12,13], underlining that treatment should be carefully titrated to avoid hypotension, and patients should be frequently re-evaluated [13].

There is no long-term prospective data supporting any specific drug for lowering blood pressure in patients with AS.

Large observational studies suggest that antihypertensive treatment with an angiotensin converting enzyme (ACE) inhibitor or angiotensin receptor blocker is associated with improved survival and a lower risk of cardiovascular events in patients with AS [14]. The renin–angiotensin system (RAS) is known to modulate adverse LV remodeling and myocardial fibrosis caused by the increased afterload in AS [15]. Therefore, RAS blocking drugs may be beneficial in such patients, although this class of agents has been perceived to be contraindicated in AS. These concerns were related to the risk of hypotension potentially induced by decreasing systemic vascular resistance without a compensatory increase in cardiac output [16]. However, despite these fears, there are no published studies nor case reports linking ACE inhibitors to hypotension in AS. In a large observational study, a survival benefit and a lower risk of cardiovascular events were reported in patients with AS treated with RAS blockers [11]. There is evidence from prospective studies that ACE inhibitors can be safely started in hypertensive patients with mild or moderate AS and preserved LV function [17]. If they are well tolerated, these drugs do not need to be stopped despite progression to severe AS [18]. Nonetheless, careful dose titration of ACE inhibitors is warranted when treating HTN in patients with severe AS.

In the SCOPE-AS study, Chockalingam et al. [19] reported that ACE inhibitors were well tolerated even in symptomatic patients with severe AS who are not candidates for valve surgery, provided that LV ejection fraction is preserved. Although ACE inhibitors may be used to treat HTN in AS, these drugs were not reported to slow AS progression in these patients [20]. After aortic valve replacement in patients with severe AS, RAS blockade (using candesartan) was associated with augmented reverse remodeling of the LV and left atrium compared with conventional management [21].

Although traditionally AS was viewed as a disease with fixed afterload and vasodilator therapy was firmly avoided, a benefit of intravenous nitroprusside in special situations in patients with severe AS was recently reported. In a study using invasive hemodynamic monitoring in hypertensive patients with low gradient severe AS and preserved LV ejection fraction, Eleid et al. [22] reported that treatment with intravenous sodium nitroprusside results in a beneficial similar decrease in the total LV afterload, LV filling pressures and pulmonary artery pressures. A favorable effect of nitroprusside was also demonstrated by Khot et al. [23] in critically ill patients with decompensated heart failure due to severe AS with severe LV systolic dysfunction. Reduction of LV afterload improved cardiac function, providing a safe and effective bridge to aortic valve replacement or oral vasodilator therapy in these patients.

Diuretics should be used with caution and only in volume-overloaded patients with AS [13]. The excessive preload reduction may lead to deterioration of LV filling pressures, reduced cardiac output and blood pressure. Diuretics should also be avoided in patients with AS and small LV cavity (in the context of marked LV concentric hypertrophy/remodeling) as this may result in a fall in cardiac output.

“Prospective large randomized studies to assess the effects and safety of antihypertensive treatment in patients with AS are warranted.”

β-blockers may be used in patients with coexisting coronary artery disease [12]. In a retrospective, observational study, β-blocker therapy was associated with a favorable clinical outcome in asymptomatic unoperated or inoperable patients with severe AS [24]. Because β-blocker therapy decreases heart rate and aortic jet velocity, it might reduce hemodynamic stress and potentially slow down the degenerative process in patients with aortic sclerosis or mild AS. Prospective randomized studies are needed to better define the role of β-blockers in slowing the progression of AS.

HTN is common in elderly patients with symptomatic calcific AS and contributes to an additional increase in LV pressure afterload, promoting LV remodeling and dysfunction, with an adverse impact on clinical outcome. Hence, it is important to recognize and effectively treat systemic HTN in patients with AS. Antihypertensive treatment should be carefully titrated to avoid hypotension, especially in patients with severe AS and in the presence of LV dysfunction. These patients should also be closely monitored since appropriate dose adjustments may be needed. Although the first choice drug for lowering blood pressure in AS has not been established yet, RAS blockers have potentially favorable effects on LV remodeling in this setting and are well tolerated. Whether the effective treatment of HTN improves the prognosis of patients with severe AS is not yet fully clarified. Little progress has been made to identify the medical therapy that may slow the progression of AS, especially when it coexists with HTN. Prospective large randomized studies to assess the effects and safety of antihypertensive treatment in patients with AS are warranted.

This work was supported by a grant of the Romanian Ministry of National Education, CNCS – UEFISCDI, project number PN-II-ID-PCE-2012-4-0560 (contract 21/2013), and by the Sectoral Operational Programme Human Resources Development (SOP HRD), financed from the European Social Fund and by the Romanian Government under the contract number POSDRU/159/1.5/S/132395. The authors have no other relevant affiliations or financial involvement with any organization or entity with a financial interest in or financial conflict with the subject matter or materials discussed in the manuscript apart from those disclosed. 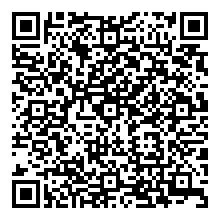