Comparison of CT findings of between MDR-TB and XDR-TB: A propensity score matching study

Purpose: The purpose of this study was to compare the CT findings between MDR-TB and XDR-TB groups using by propensity score matching.

Materials and methods: This retrospective study was approved by the institutional review board, and the requirement to obtain informed consent was waived. From October 2008 to March 2016, 72 MDR-TB patients and 25 XDR-TB were enrolled in this study. A 2:1 MDR-TB group/XDR-TB group matching was done by using propensity score matching. Computed Tomography (CT) findings and demographic factors were compared before and after propensity score matching.

Conclusion: The cavity wall thickness and size of cavity were significantly different between MDR-TB and XDR-TB groups after 2:1 propensity score matching.

Comparing with patients with drug-sensitive TB, non-AIDS patients with MDR-TB are younger and have more frequent history of TB treatment and show more cavitary lung lesions on CT [3]. Although clinical findings of XDRand MDR-TB have been widely reported [4-6], to the best of our knowledge, the radiologic comparison of MDR- and XDR-TB has rarely been reported. Thus, the purpose of our study was to evaluate the radiologic findings of MDRand XDR-TB and to compare the findings with two groups in non-AIDS patients.

Because patients were not randomized, we matched patients on the basis of their propensity to minimize the effect of potential confounders on selection bias by using binary logistic regression. Independent variables entered into the propensity model included age, sex, previous anti-tuberculous treatment, smoking history, diabetes mellitus, hypertension, alcoholic history. 2:1 matching between the groups was accomplished by using the nearest-neighbor matching method [7]. After adjustment for these factors, demographic factors and CT findings were compared between two groups. Categorical data were compared by using the x2 test or the Fisher exact test. Comparison of quantitative variables for two groups was performed by using either a t-test or a Mann- Whitney test. A P values less than 0.05 were considered to indicate a statistically significant difference. Statistical analysis was performed by using IBM SPSS statistics software for windows version 22.0 (SPSS, Chicago, Ill).

All examinations were performed with a 4-detector spiral CT scanner (Asteion; Toshiba Medical, Tokyo, Japan) or a 16-section MDCT scanner (Somatom Sensation 16; Siemens Medical Solutions, Erlangen, Germany), using a dedicated chest CT protocol. None of the patients were administered an intravenous injection of contrast medium. Helical scan date were acquired using 16 detector rows and a beam collimation of 3 mm (16*3.0 mm), a gantry rotation time of 0.5 s, a section reconstruction thickness of 3.0 to 5.0 mm, an image reconstruction interval of 3.0 mm and an effective tube current-time product of 200 mAs and 120 kVp.

Chest CT scans were reviewed by one radiologist with 7 years ‘experience who had no knowledge of the patients’ clinical information and diagnosis. All the CT images were reviewed at a workstation (HP Z800; Hewlett-Packard Development Company, USA) that had a spatial resolution of 1536*2048 (PGL21; WIDE, Korea) with the PACS (PiViewSTAR; Infinitt, Seoul, Korea). Both mediastinal (window width, 400 HU; window level, 20 HU) and lung parenchyma (window width, 1,500 HU; window level, -800 HU) window images were available on the PACS systems for analysis. The assessment of pulmonary parenchyme included as follows: tree-in-bud pattern, cavity (presence, number, wall thickness), consolidation, number of involved lobes. The presence or absence of pleural effusion and mediastinal lymphadenopathy were also assessed. The treein- bud pattern was defined as centrilobular branching structures that resemble a budding tree. The cavity was defined as gas-filled of fluidfilled space, seen as a lucency or low attenuated area within pulmonary consolidation or mass. To measure the wall thickness of cavities, the CT images were magnified two or three times and by using electronic caliper, three portion of wall thickness were measured at largest portion of cavity. The mean cavity wall thickness was calculated by dividing the sum of three portion of cavity wall thickness.

TABLE 1 shows the patient characteristics for the two groups. MDR-TB group patients had significantly more history of previous antituberculous treatment than did XDR-TB group patients (P=0.017). After matching, using by Pearson’s Chi-square test, anti-tuberculous treatment history was not significantly different between two groups (P=0.521). Other variables such as mean age, sex ratio, history of smoking, diabetes mellitus, hypertension, alcoholics, HIV were not significantly different between two groups before and after propensity score matching.

Note: Unless otherwise indicated, data is number of patients, with percentages in parentheses
* Data are mean ± standard deviate

Table 1: Baseline patient characteristics before and after 2:1 propensity matching between MDR-TB and XDR-TB groups.

■ Comparison of CT findings between MDR-TB and XDR-TB after 2:1 propensity score matching

Table 2: Comparison of CT findings before and after 2:1 propensity matching between MDR-TB and XDR-TB groups. Anti-TB drug resistance is a major public health care problem that threatens the success of TB control. The major concerns of drug resistance are fear regarding the spread of drugresistant organisms and the ineffectiveness of chemotherapy in patients infected with the resistant organisms. Imaging findings of MDRTB do not quite differ from those of drugsensitive TB. Multiple cavities and calcified granulomas, however, are more common in patients with MDR-TB [8]. In South Korea, TB remains a major public health problems and an economic burden. MDR-TB strains occurred in 3% of new patients and in 14% of previously treated cases [9] and about 5-15% of MDRTB cases were confirmed as having XDR-TB [10-14]. Cha et al. [11] suggested that there was no difference in imaging findings in terms of frequency and extent of each parenchymal abnormality between XDR-TB patients and MDR-TB patients except for pleural thickening. In our study, however, the cavity wall thickness and size of cavity were significantly different between MDR-TB and XDR-TB groups.

Cavities are usually formed when an area of caseous necrosis liquefies and communicates with the airway. The thickened lining of cavity tends to reduce the penetration of the anti-TB drug from bloodstream. Moreover, elevated bacillary titers in cavities increase the probability of establishing drug resistant bacterial populations [15,16]. Thus, it is believed that cavities are the biologic foundation for MDRand XDR-TB. Based on this background, we expected that thicker walls were expected the higher resistance to Anti-TB drugs. Although there is no significant difference in number and size of cavities, actually the cavity wall thickness was thicker in XDR- than MDR-TB group. Although it was not proven pathologically or biologically, we finally concluded that the cavity wall thickness correlated with the drug resistance.

Our study has several limitations. First, as our study was retrospectively, this study contains a selection bias. Not all patients with XDR- and MDR-TB underwent CT. CT scans tended to be performed in patients with more aggressive symptoms and clinical manifestations of tuberculosis. So the patients that had severe symptoms or clinical manifestations tended to be included in this study. Second, we suggested that the thicker wall would expect the higher probability of resistance to the anti-TB drugs, it was not pathologically proven.

In conclusion, after 2:1 propensity score matching, the cavity wall thickness and size of cavity were significantly different between MDR-TB and XDR-TB groups. 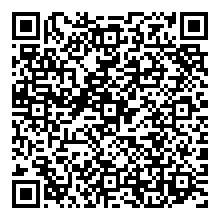