The optimal treatment of these lesions has not been well established, but it is accepted that complete ligation of the feeding vessels and excision of the entire mass are essential for successful surgical treatment [2]. However, it has been reported that surgical resection of pAVMs is associated with high failure and recurrence rate [3]. On the other hand, percutaneous embolization has been advocated as a first line treatment by some, as a treatment of choice for inoperable lesions by others or as a presurgical intervention to reduce intraoperative bleeding and maximize successful resection [3,4].

Figure 1: Pelvic sonography: (1A) Intravesical echogenic mass of posterior wall of UB with (1B) significant turbulent hypervascularity on Duplex sonography.

The patient underwent cystoscopy, which showed an intravesical, pulsatile mass arising from the posterior wall of the urinary bladder with no evidence of active bleeding, confirming the diagnosis of AVM. The remainder of the bladder appeared normal. The lesion was considered not amenable for surgical excision due to the high risk of uncontrollable intraoperative bleeding. The patient was then referred to the vascular interventional unit for endovascular embolization.

The right common femoral artery was punctured and a 5 French (Fr) introducer sheath (Radifocus, Terumo, Japan) was positioned. The left internal iliac artery was then catheterized using a 5 Fr Cobra 2 angiographic catheter (Glidewire, Terumo, Japan). Angiography confirmed the presence of a large UB AVM with multiple feeding arteries originating from the superior vesical branches of the left uterine artery (FIGURE 3A). The large nidus of the AVM drained into the left hypogastric vein through varicose veins (FIGURE 3B). A microcatheter (SP, Terumo, Japan) was introduced co-axially through the angiographic catheter and the major feeding branch of the nidus was super-selectively catheterized then embolized by Tornade microcoils (Cook Medical, Bloomington, IN). Immediate post-embolization angiogram showed exclusion of the AVM (FIGURE 3C). Figure 3: Conventional angiography: (A) Large UB AVM with multiple feeding arteries originating from the superior vesical artery (arrows). (B) The large nidus of the AVM drained into the left hypogastric vein through varicose veins (arrow). (C) The major feeding branch of the nidus was super-selectively catheterized then embolized by microcoils (arrow).

The right common femoral vein was then punctured and a 5 Fr introducer sheath (Radifocus, Terumo, Japan) was positioned. The left internal iliac vein was then catheterized using a 5 Fr Cobra 1 angiographic catheter (Glidewire, Terumo, Japan). Angiography showed the AVM dilated draining veins into the left hypogastric vein (FIGURE. 4A). A microcatheter (SP, Terumo, Japan) was introduced co-axially through the angiographic catheter and previously seen AVM dilated draining veins that drain into the left hypogastric vein (FIGURE 4A) were super-selectively catheterized then embolized by Tornade microcoils (Cook Medical, Bloomington, IN)( FIGURE 4B). Immediate post-embolization arterial angiogram and US duplex showed exclusion of the AVM and absence of flow within the lesion respectively. Follow up at 6 and 12 months showed cessation of gross hematuria as well as absence of red blood cells on urine analysis. Furthermore, US duplex at 6 and 12 months after the procedure confirmed the absence of flow within the lesion and reduction by more than 50% in its size. Figure 4: Conventional venography: (A) AVM draining dilated veins into the left hypogastric vein. (B) The major draining veins were super-selectively catheterized then embolized by microcoils (arrows).

Arteriovenous malformations of the urinary bladder are extremely rare. They can be either congenital or acquired. Rosenberg reported the first case of A-V malformation of the bladder [5]. Arteriovenous malformation occurs in females more frequently than in males [6]. The management of congenital pelvic vascular malformations has been a difficult problem for decades. Surgical treatment alone has historically been inadequate and has often led to damage to adjacent structures with high recurrence rates [7]. Most authors agree that simple ligation of feeding arteries has no value, since new collaterals develop rapidly [8]. Jacobowitz have published the largest study to date from a single institution regarding pelvic lesions. They propose that transcatheter embolization should be the initial therapy [4]. Many embolic materials can be used to treat AVM lesions at various sites such as metal coils, rapidly polymerizing acrylic adhesives (e.g. isobutyl cyanoacrylate), polyvinyl alcohol foam particles, detachable silicon balloons, and ethylene-vinyl alcohol copolymers (Onyx). Choice of embolic material depends on location of lesion, flow within the malformation, direct arteriovenous communication and experience of the operator. The Tornado micro-coils can be used for high flow lesions and was therefore preferred in our case.

Relatively high clinical and radiological recurrence has been observed after transarterial embolization alone using various embolic materials [4,9]. A complete remission of the malformation could be obtained if its nidus was obliterated completely, mainly; by using adhesive materials such as (Onyx), however; it is not always feasible due to either technical or anatomical difficulties. In our case, we used transcatheter selective embolization of both the front door (feeding arteries) as well as the backdoor (draining veins) of the UB AVM using micro-coils because of short arterial pedicles. Longstanding good outcome was observed.

Arteriovenous malformations of urinary bladder are extremely rare lesions of which its treatment is still controversial. Transcatheter embolization is an efficient technique that can be used as the initial therapy (first line of treatment) for such lesions. Dual transarterial and venous embolization is recommended to probably achieve better longstanding results and avoid recurrence, which is a well-known complication of these lesions. However, it is worth noting that since this is a single case report, further studies are needed to confirm our results and determine the long term recurrence rates of such lesions. 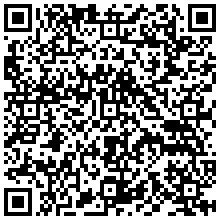