Background: Brucellosis, a zoonotic disease, is prevalent in many areas. It can involve any organ system and has been implicated in protean complications, resulting in high morbidity. Cardiovascular involvement is the main cause of mortality. There is no doubt that aneurysms pose threat to life, but sometimes we need to distinguish between true and false aneurysms. The case that Brucella-induced large mass around the aorta disguised as an aneurysm was intended to raise the awareness of differential diagnosis.

Case presentation: A case was reported regarding a female presented intermittent abdominal pain. Two months later, she was admitted to the Department of Rheumatology and Immunology in our hospital due to high inflammatory markers, the large periaortic mass, like a result caused by a ruptured aneurysm. By detailed examination, Brucellosis was highly suggestive based on positive blood cultures. After antibiotic therapy of half a year, no discomfort has ever occurred, and the mass was prominently reduced.

Conclusion: The clinical manifestations of brucellosis are protean. For those without fever and with aneurysm-like mass around the aorta, it is recommended to comprehensive analysis and carry out the relevant differential diagnosis to avoid misdiagnosis or missed diagnosis.

Brucellosis is a zoonotic disease caused by Brucella and yet prevalent world widely. There are various manifestations of Brucellosis, and it can seriously endanger human health among some case [1]. Based on its epidemiology, clinical symptoms, imaging examination, serological examination, and most notably expanding the understanding of the rare manifestations of the disease, it would be expected to make earlier diagnosis and reduce the risk of death, especially when implicated in cardiovascular involvement. This case described a female patient who mainly presented abdominal pain, with further examination revealing Brucella-induced large mass around the aorta which extremely resembled aneurysm. The aim was to raise the awareness of earlier recognition of Brucella infections without fever and remit risk by taking appropriate treatments for those with cardiovascular involvement.

A 57 year old woman, with intermittent abdominal pain, was admitted to our ward. She was suffering from pain mainly in the left lower abdomen and around the umbilicus with onset 2 month prior admission, accompanied by diaphoresis and nausea. At the same time, she felt a pulsation on the left side of the umbilicus. After that, her symptoms occurred intermittently and even waked up during sleep. During this period, she never monitored her body temperature. And it was vague about whether she was febrile.

Her symptoms did not relieve after 2 months, so she came to our hospital. In the past 2 month, her weight had lost about 5 kg. She acknowledged of smoking and drinking for a long time. Her mother had suffered from tuberculosis, but she denied other special family history. On physical examination, suspicious tenderness was observed at the lower left side of the umbilicus but without rebound pain. At that location, a pulsating mass with a diameter of about 4 cm can be palpated. The mass was firm and fixed. Blood vessel murmurs can be heard in the abdomen. Others regarding examinations were unremarkable.

The echocardiogram showed no obvious abnormalities. An aortic Computed Tomography Angiography (CTA) was obtained which demonstrated periaortic masses presenting the thick-walled saclike structure from the abdominal aorta at the level of the L4 vertebral body to the anteriority of the left common iliac artery (maximum cross-section was about 4.0 cm × 2.3 cm). And the local small protrusion of the abdominal aorta protruded into the lesion (diameter about 4 mm). Furthermore, CTA identified multiple non-penetrating aortic ulcers and large vessel stenosis. Initial segment of the right internal iliac artery was the most severe, and the rest had mild luminal stenosis (Figure 1). Since the imaging findings were similar to pseudoaneurysms and combined with multiple other vascular lesions, our first impression was indeed highly suspected of vasculitis. Fortunately, blood culture results were reported after 85 hours of incubation and proved to be positive for Brucella melitensis. On further questioning, she admitted that she had raised a few sheep in her family for nearly half a year and she had sweating, but she denied night sweats. Based on her symptoms, imaging findings, epidemiological history, and positive blood culture, Brucellosis was highly suggestive. Subsequently the patient started to be treated with rifampicin 600 mg qd, minocycline 100 mg bid, and amikacin 400 mg qd by intramuscular injection.

On the third day of the start of therapy, the patient presented with a high fever, with a maximum temperature of 39.2°C. After exclusion of infectious factors, rifampicin was highly suspected of culprit responsible for drug fever. Then ceftriaxone and levofloxacin were employed replacing rifampicin due to the drug intolerance. After antibiotic therapy, her abdominal pain had remitted, hsCRP levels were normalized, and ESR level dropped to 39 mm/h before discharge. The combination therapy of doxycycline, ceftriaxone and levofloxacin continued. A follow-up of aortic CTA approximately 6 months later demonstrated the mass was prominently reduced (maximum cross-section was about 1.5 cm × 0.6 cm) and the patient remained in good health.

Brucellosis, a zoonotic disease caused by the Gram-negative bacterium Brucella infection, has a high incidence and morbidity rates in both humans and animals, which has imposed a heavy burden on society [1]. There are many kinds of Brucella, the most pervasive type is Brucella melitensis. The main source of infection of Brucella is animal food, and it can also be spread through contact with sick animals, its secretion or excrements. The prevalent clinical manifestations of Brucellosis include fever, sweating, abdominal pain, etc. But none of them was specific. Patients with brucellosis tend to experience local infections that can invade any systems, ranging from the most frequent skeletal system to the rare cardiovascular system. Although rare, cardiovascular complications are the main cause of death regarding brucellosis.

Among variable cardiovascular involvement, concurrent with aortic involvement, has been reported as a rare but life-threatening clinical manifestation of Brucellosis. Herrick, et al. reported 34 cases of Brucella infection leading to vascular involvement in which the most frequent site of involvement was the aorta, with 23 cases (68%) followed by the upper extremity blood vessels and the lower extremity blood vessels [1]. In the last few decades, the literatures reported suggested that brucellosis vascular involvement mainly arose in the aorta. A summary by Cascio demonstrated that a total of 46 cases complicated with aortic involvement had been investigated, including 18 cases of ascending aorta involvement, 30 cases descending aorta or abdominal aorta, of pseudoaneurysm in 6 cases and an ulcerative process in 2 cases [2]. Among many of these cases, vascular involvement led to increased mortality. Of this patient, aorta CTA exhibited a large mass around aorta, accompanied by the local small protrusion of the abdominal aorta protruded into the lesion. Hence, this was very confusing in the initial diagnosis and aneurysm was hardly excluded.

The diagnosis of brucellosis with vascular involvement remains challenging. For those patients who had abnormal imaging findings on vascular involvement as the main manifestation and relatively simple clinical symptoms without fever, we were first required to determine whether it was vascular disease or vasculitis. This patient was an elderly woman with a long-term history of smoking and drinking, with imaging results showing the large arteries had atherosclerosis with plaque formation, on a basis of atherosclerosis vascular disease was supposed to be taken into consideration, while it cannot contribute to elevated inflammatory markers such as hsCRP. Therefore, we suspected that the stenosis of the iliac artery was attributed to atherosclerosis, however, single vascular disease was hard to explain the whole story. According to the 2012 classification criteria for vasculitis, it was divided into 7 categories [3]. Vasculitis caused by infection belonged to seventh category, but it was difficult to determine whether there was vasculitis in aortic vascular disease or not. Interestingly, as high titers of rheumatoid arthritis related to autoantibodies existed, the patient had no symptoms of joints. Smoking was supposed to be responsible for it, which had ever been discussed in the previous literatures [4,5].

The main principles to identify antibiotics regiments for Brucellae are as follows: first, with the capability of entering into macrophages and keep active in the acidic intracellular environment; second, available to be applied for a longer period of time; last but not least, at least two antimicrobial drugs are preferred [6]. Derived from expert recommendation, comparative randomized and nonrandomized clinical trials, meta-analyses, observational studies, the current approaches are developed. In practical clinical work, the specific antibacterial drug treatment protocol, however, requires integrate multifactorial elements, including organ involvement, clinical severity, scope of application, drug symptoms, and so on. Regarding the course of treatment, there is yet another issue with a great controversy. Compared with other focal infection, aortic involvement is suggested to maintain targeted antibiotic therapy for longer length. Nevertheless, relapse frequently occurs even in adequate treated patients.

In addition to drug treatment, many literatures have reported surgical treatment. The appropriate timing of surgery is supposed to be carefully weighed. For cardiovascular involvement, indications for surgery include impending rupture of aneurysm, hemodynamic instability, and severe limb ischemia, which are similar to those used to treat fungal aneurysms and other intravascular infections [1]. Most patients undergo surgery immediately when infection is discovered.

Based on focal infection of crucial involvement, the patient underwent triple antimicrobial therapy and was slightly adjusted due to drug intolerance. Given that ceftriaxone was viewed as a promising candidate for combination therapy in specific situations of Brucella infection, therefore, alternative therapy considered it as prior choice. On the other hand, we were always ready for emergency surgery, especially at the onset of the aortic mass misunderstood a large aneurysm. Fortunately, everything went smoothly during antibiotic therapy. We became greatly relieved that the mass around her aorta had dramatically shrunk after months of antibrucellar treatment.

Huilan Liu wrote the manuscript and carried out the analysis; Yutong Zhang investigated the case; Xiaomei Leng and Yunjiao Yang supervised this study; Ming Wang read the images; Xiaofeng Zeng was involved in the designed work. All authors read and approved the final manuscript.

Availability of Data and Materials

All original (de-identified) data and materials are available upon request from the corresponding author.

Ethics Approval and Consent to Participate

The ethics committee approved the study. Written informed consent has been obtained from the patient in accordance with the Declaration of Helsinki.

The case described here provided written consent for the publication of this case report. 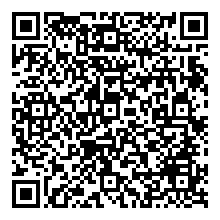