Aims and Objectives: To evaluate the immediate effect of Stacked Breathing Exercise (SBE) on Peak Expiratory Flow (PEFR) in cardiac surgery patient. Methodology: After obtaining an ethical committee clearance, a pilot study is carried out on 11 subjects with age 40- 70yrs planned for cardiac surgery through the mediastinal approach. After obtaining written consent and screening of patient for the inclusion, Patients were treated with a Stacked Breathing Exercise (SBE) on Post-Operative Day (POD) 1, 2 and 3 twice daily. Pre-exercise and post-exercise values for PEFR was collected in six treatment session as IA, IB, IIA, IIB, IIIA, IIIB (A=Morning session, B=Afternoon session and I, II, III was POD-1, 2 and 3 respectively). Result: Total of 11 patients followed by cardiac surgery are analyzed for outcome PEFR. Data was analyzed in term of the mean difference. There is a statistically significant change seen in PEFR value comparing IA vs. IIIA, IB vs. IIIB and IA vs. IIIB (mean difference -86.364, -73.636 and -106.36). There is net 29.77% improvement in PEFR value seen at the end of the sixth (IIB) treatment session over pre-exercise value at IA. Discussion: Statistically significant improvement seen in PEFR value when comparing pre-exercise value to postexercise with every session immediately after the intervention. Our result is best supported with research article carried out by, Luciana Chiavegato. He said, Breath Stacking as an intervention in non-cardiac thoracic surgery patients able to show significant improvement in the Peak Expiratory Flow (PEF). We conducted this study to have to check on, whether it is also effective in cardiac surgery patients? In our study, we found 27% gain over before exercise values of PEFR (in l/ min) after stacked breathing exercise in cardiac surgery patients. Conclusion: It is concluded that stacked breathing exercise is significantly effective in improving PEFR. Hence can be an effective tool to help in improving lung function.

India has recently taken over the position of being the most populous country in the world. Nowadays Ischemic Heart Disease (IHD) remains the number one cause of mortality and it is alarming to note that three of the six top causes of death are from respiratory complications [1,2]. Cardiac surgery through a sternotomy has deleterious effects on the function of the respiratory muscle action and the chest wall [3,4]. Patients develop restrictive respiratory abnormalities with reduced lung volumes and impaired gas exchange in the early postoperative period [5,6]. Atelectasis, bronchospasm, dyspnea, cough, pneumonia, respiratory failure, and exacerbation of lung disease have all been reported as complications [3,4].

Physiotherapy has been widely used as a means of improving postoperative pulmonary function and reducing complications [7,8]. Chest physiotherapy techniques most commonly used during the postoperative period include deep breathing exercises, early ambulation, positioning, huffing, and coughing [2,8]. The author Dias C.M et al stated that SBE could be more effective than deep breathing exercises and incentive spirometry in preventing atelectasis and improving gas exchange during the postoperative period [2]. SBE is a breathing exercise which helps to improve and maintain the volume of breath you take and can be used regularly to clear mucus from airway (secretion clearance) [9,10]. It help to Improve depth of breathing, aids secretion clearance, helps improve rib cage mobility and flexibility, stretches respiratory muscles, improves cough strength and effectiveness [11-13].

This pilot study is an experimental study with pre and post-test design. It was carried out in the Cardiac surgery and Rehabilitation unit, Ahmednagar (M.S). Research is duly approved by the Institutional Ethical Committee under MUHS, Nashik (MS) All the patients posted for Cardiac surgery with age group 40-70 years both Males and Females planned for surgery with mediastinal approach were screened pre-operatively for inclusion and patients diagnosed with any neuromuscular condition and having difficulty in cognitive function were excluded. All patients ready to participate was signed informed consent form after the provision of information regarding procedures, benefits and possible complication. Screened subjects developing post-operative complication like:-ventricular arrhythmias, intra-operative myocardial infarction, and severe blood loss >1500 ml. Hemodynamic instability e.g., mean arterial pressure <70 mmHg, reduced output requiring intra-aortic balloon pump or vasoactive drugs. Intubation duration >72 hours and need re-intubation were excluded.

Peak Expiratory Flow Rate is a person’s maximum speed of expiration, as measured by a small, hand-held device developed by mini-Wright peak flow meter was used to monitor a person’s ability to breath out. For healthy Females its values ranging from 380- 460 L/min and for Males 480-660 L/min by EU (European scale) scale. It varies with age and height for both the sexes [13] (FIGURES 1 and 2).

Stacked Breathing Exercise (SBE) was performed previously in different conditions by researchers like e.g. In uchene Muscular Dystrophy patients by Michael C et al. and physiological acute effects of air stacking exercise on cough peak flow and chest wall volumes of healthy subjects was studied by Sarmento A et al. [11,14]. They all mentioned in their study to Hold breath for 20 seconds after maximum inspiratory capacity achieved, which is difficult for the early cardiac surgery patients [11,14]. Hence by considering patient’s breath holding capacity on early post-operative days and hemodynamic safety, breath stacking time is revised to 10 seconds for intervention in this study. The patient was positioned in a long sitting position on the bed with continuous monitoring of hemodynamic parameters including SPO2 (oxygen saturation), pulse rate, non-invasive blood pressure, respiratory rate. The patient was instructed to take a deep breath and take 3-4 breath one over another till the fullness of chest experience and was asked to hold the breath for a maximum of 10 seconds then expire by pursed lip breathing or splinted coughing (if secretions are present). There was a gap of 15-30 seconds in each repetition to allow relaxation, 10 repetitions, and twice daily on 1st, 2nd and 3rd post-operative day. PEFR was checked as per standard guidelines. To restrict the effect of conventional physiotherapy protocol on outcome measures, we will administer the stacked breathing exercise before administrating the conventional therapy protocol (FIGURE 3).

FIGURE 3. Splinted coughing at the end of 10 second hold of maximum breath.

There are a total of six sessions termed as IA, IB, IIA, IIB, IIIA, and IIIB. Preexercise and post-exercise values for PEFR was collected in six treatment session from IA to IIIB (A=morning session, B=Afternoon session and I, II, III were POD-1, 2 and 3 respectively) for ease of statistical calculations (FIGURES 4 and 5).

Our initial sample size consists of a total of 13 subjects including 7 males and 6 female patients for this pilot study evaluated preoperatively. Out of which 1 female patient was excluded (re-intubated) and 1 male not stable hemodynamically. Therefore only 11 patients completed the study. All 11 patients are extubated on the same day of surgery. There was no statistical difference noted in term of demographic and functional variables in the pre-operative period (TABLES 1 and 2).

TABLE 2.  Comparisons of outcome measurements by Tukey test of multiple variance of analysis.

The main purpose of this study is to check the immediate effects of stacked breathing exercise on Peak Expiratory Flow Rate (PEFR) following cardiac surgery. All the patients were evaluated under continuous monitoring of hemodynamic parameters and vitals (Heart rate, blood pressure, respiratory rate, oxygen saturation, arterial blood pressure and temperature). Intervention and assessment were carried out with co-operation of cardiac care team (surgeon, anesthetist and nursing team).

Subsequently, a study by Luciana Chiavegato et al, Evaluated the effect of breath stacking on expiratory flow on patients undergoing non-cardiac thoracic surgery. 30 patients were included and post evaluation it shows that the predicted value of Peak Expiratory Flow increased significantly from 46% ± 11 to 103% ± 11 after SBE. This improvement in PEFR is due to, air stacking. SBE acts positively on the biomechanical and physiological components with improvement in the peak expiratory flow (PEF) [13,15-17].

In biomechanical component, SBE is effective in improving rib cage mobility and thereby chest expansion in patients [12]. While in physiological component, it promotes deep breathing and maximal inspiration required for forceful expiration during coughing and huffing activity in the process of clearing out of secretions. The same mechanisms of SBE are applicable in cardiac surgery patients, who suffer from chest pain, chest stiffness, restrictive respiratory capacities along with chances of pulmonary complications e.g., atelectasis, the collapse of alveoli and pneumonia, etc, in early post-operative days [1,5,6,8]. We studied the immediate effects of SBE and found improvements in PEFR with every session of SBE. A significant improvement of net 29.77% when analyzed statistically by Tukey test with p-value<0.001, in mean PEFR following Stacked Breathing Exercise, when comparing the pre-exercise value of IA (POD-I morning session) with post-exercise IIIB (POD-III afternoon session).

A study done by, Hyun-Gyu Cha [9], proved stacked breathing is an effective treatment tool to improve PCF in an elderly patient with respiratory muscle insufficiency and chest stiffness reducing coughing capacity. PCF is checked by the same procedure as PEFR is measured in our study. So, this study supported our result. Hence, the immediate effect of stacked breathing can improve peak expiratory flow rate by improving tidal volume and chest wall volume to an improved depth of breathing which facilitates the more powerful expiration after a maximum inspiration. Maximal inspiration with 10-second stacking during SBE facilitate the opening of collateral channels, prevents the collapse of alveoli, remove secretions through splinted coughing and improves the functioning of the respiratory system. Hence SBE can be helpful in improving lung function and reducing or preventing respiratory complications. Hence, stacked breathing can help to improve PEFR.

Based on the statistical analysis, it is concluded that Stacked Breathing Exercise is significantly effective on improving Peak Expiratory Flow Rate, but not effective to improve oxygen saturation at the tissue level. Hence stacked breathing exercise can be an effective tool to improve patients expiratory flow rate and thereby improve the strength of cough and promote easy airway clearance.

No conflict of interest.

We express our sincere gratitude to those that participated in this study. We are thankful to all cardiac care team members of cardiac surgery and rehabilitation unit, Ahmednagar. 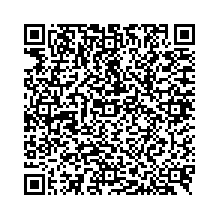