Background: Sarcoidosis is a multisystemic granulomatous disease of unknown origin. Cardiac involvement is known to have a poor prognosis; sudden death may be its initial presentation. Conventional echocardiography remains insufficient for the detection of subclinical myocardial dysfunction. In our study we aimed to assess the prevalence of subclinical cardiac dysfunction using left ventricle global longitudinal strain. Results: we performed a cross-sectional study, 55 patients with established diagnosis of systemic sarcoidosis and 50 healthy age- and sex-matched controls underwent a transthoracic echocardiography, 9 patients were excluded, and 46 patients were included in the study. Left ventricular dimensions and ejection fraction were similar between the two groups (66% Vs 67%). Left ventricle global longitudinal strain was significantly lower in patients with sarcoidosis (-17.15 +/-3 Vs -22.4+/-2, p: 0.001). Conclusion: left ventricle global longitudinal strain may be an advanced indicator of cardiac sarcoidosis that needs to be studied further.

Sarcoidosis is a multisystem, inflammatory affection of unknown etiology, characterized by non-caseating granulomatous infiltration of multiple organs. Heart involvement is observed in 20 to 60% of cases [1-3]. Cardiac Sarcoidosis (CS) is associated with a poor prognosis [3,4]. Indeed, 85% of deaths are due to cardiac sarcoidosis [5], and sudden death can be its first manifestation [6].

The diagnosis of cardiac involvement is still problematic [7], it is clinically observable only in 5% of patients with sarcoidosis [3]. Endomyocardial Biopsy (EMB) is the only conclusive test, but it lacks sensitivity because of the patchy distribution of the granulomatous infiltration [8].

Given the reserved prognosis of cardiac sarcoidosis, early detection is crucial to start steroid and immunosuppressive therapy in order to break the evolution of the disease [9]. Conventional Transthoracic Echocardiography (TTE) and 12-lead Electrocardiograph (ECG) are recommended as the first-line tests to screen CS, by the expert consensus statement published by the Heart Rhythm Society [10], but they have the inconvenience of being poorly sensitive to detect early cardiac involvement [10-12].

Recently, several studies have showed that the measurement of intrinsic deformation by speckle tracking analysis, a new echocardiographic technique, can be a sensitive tool to detect cardiac sarcoidosis before a left ventricle (LV) dysfunction or regional wall motion abnormalities become apparent [13,14]. The aim of this study was to determine the prevalence of subclinical LV function impairment in sarcoidosis patients without apparent cardiac involvement, using LV 2D strain compared with a control population.

We performed a single-center cross-sectional study, we included consecutive 55 adult patients with established diagnosis of sarcoidosis based on the American thoracic society. Patients with diabetes, hypertension and known structural heart disease were excluded from the study. The control group included 50 age and gender matched healthy volunteers. The study was approved by the ethics committee of the hospital and informed consent was obtained from all individuals enrolled. Clinical data were collected from the medical records of the patients.

Conventional echocardiographic parameters were measured according to the guidelines of the American Society of Echocardiography (ASE) and the European Association of Cardiovascular Imaging (ECAVI) [15]. The left Ventricle Ejection Fraction (LVEF) was calculated using the biplane Simpson’s method. The transmitral early (E wave) and atrial (A wave) waves and the Doppler early diastolic velocity at the septal side of the mitral annulus (E’) were measured. The ratio E/E’ and indexed left Atrial Volume (LAV) were evaluated in order to assess the diastolic function and LV filling pressure. Pulmonary artery systolic pressure (PASP) was derived from Bernoulli’s equation.

To obtain images suitable for speckle tracking depth and sector angle were adjusted accordingly so that the frame rates from 65-70 Hz. The images were recorded during three cardiac cycles.

Statistical analysis was performed using SPSS (Version 22.0, Armonk, NY, USA). Continuous variables are expressed as mean ± SD and categorical variables as proportions. For each parameter, unpaired t tests were used to evaluate the significance of the difference between the two groups. P-values <0.05 were considered significant.

Over a total of 55 sarcoidosis patients, 46 fulfilled inclusion criteria. We excluded 2 patients with confirmed cardiac sarcoidosis and 7 with preexisting heart disease. Demographic, clinical and echocardiographic characteristics of the two groups are presented in Table 1. Mean age of patients was 53.2 years, they were predominately female (sex ratio: 4.75). Patients were diagnosed with sarcoidosis an average of 7 years. The vast majority of patients had pulmonary involvement (87%), the other most prevalent localizations were lymph nodes (50%) and exocrine gland (47%). Most of our patients were under corticotherapy. LV GLS analyses was feasible in all the study population. It was significantly impaired in sarcoidosis patients (-17.15 +/-3 Vs -22.4+/-2, p: 0.001) (Figures 1 & 2). 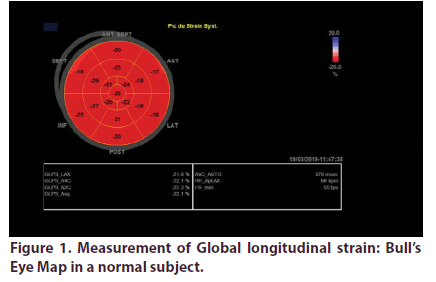 Table 1. Clinical and conventional echocardiographic findings in patients and controls.

Our study showed that LV global longitudinal strain was significantly impaired in sarcoidosis patients, even with normal standard echocardiography parameters. Sarcoidosis is an uncommon non-caseating granulomatous disease of unknown origin that can affect any organ. Cardiac involvement in patients with sarcoidosis is still challenging to detect, its clinical presentation is variable extending from asymptomatic to sudden death which can be the initial manifestation [1,6], thus the necessity of screening all patients for cardiac involvement.

The endomyocardial biopsy is still the gold standard for the diagnosis, however apart from being invasive, it has a low sensitivity because of the patchy distribution of the granulomatous lesions [16,17]. ECG and TTE have also a poor sensitivity 8 and 25% respectively [10]. New imaging modalities such Late Gadolinium Enhancement (LGE) Cardiovascular Magnetic Resonance (CMR) and fasting 18F-2-Fluoro-2-Deoxyglucose positron emission tomography (18F-FDG PET) can diagnose cardiac sarcoidosis with better sensitivity [18,19]. CMR surpasses FDG-PET in term of specificity [19]. In addition, many studies have demonstrated that CMR can identify small areas of scar and is more sensitive in predicting unfavorable events [20,21]. However , these tools do not have the qualities agreed for an ideal screening test [21,22]. Subsequently, they can be performed only if an initial screening tests show abnormalities [10].

Contrarily, TTE is a widely available, inexpensive, and quick method, but having the inconvenient of being poorly sensitive [23]. Indeed, in our study there were no significant differences in conventional echocardiographic parameters between sarcoidosis patients and controls. Speckle tracking derived strain analysis has been identified as a sensitive parameter to study regional and global function [24]. It can detect early damage of LV function with the advantage of being quick, noninvasive and reproducible, and the possibility to analyze the images offline [25].

In fact, many studies recognize that LV global longitudinal strain can detect cardiac involvement even in an early stage. Agelli et al. studied 41 patients with extracardiac sarcoidosis and 20 matched controls and found that, inspite of having LV comparable systolic function sarcoidosis patients had lower GLS [26]. Similarly, Tigen et al. [27] described an impairment of LV longitudinal and circumferential strain. Felekos et al. confirmed these findings in a larger cohort of 117 patients with extracardiac sarcoidosis [28].

Orii et al. [13] have demonstrated, in patients with extracardiac sarcoidosis, that diminution in regional longitudinal strain was related to the presence of LGE in myocardial segments seen on CMR. In our study, 2D GLS was lower in patients group. This result support the hypothesis that impaired LVGLS can be an early marker of cardiac involvement. Several recent studies have also focused on the potential prognostic utility of the global longitudinal strain.

Indeed, Joyce et al. [14] showed that LV GLS was impaired in 130 patients with extra cardiac sarcoidosis, compared to an age and gender matched control group and was independently associated with emergence of cardiac events and/or development of cardiac sarcoidosis. Similarly, Shouver et al. [29] in a prospective study demonstrates that LV GLS was lower in sarcoidosis patients, and that impaired LV GLS was significantly associated with clinical outcome, a cut off value of -16.8 has been identified with 80 % sensitivity and 69% specificity to presage cardiac arrhythmias or cardiac sarcoidosis. Felekos et al. [28] also precised a cut off value of -16.3% to assess the risk of occurrence of adverse events with sensitivity of 90% and specificity of 81%. Furthermore, Murtagh et al. studied 31 patients with LGE on CMR and 31 without LGE. The study demonstrated that cardiac sarcoidosis is associated with significantly lower GLS in the presence of normal LVEF. Patients who presented with major cardiac events had worse GLS than those who did not [30].

These new results support the hypothesis that impaired LV GLS may be an early marker of cardiac localization in sarcoidosis. It has the advantage of being simple and broadly available. Thus, it may be an important tool for the screening of cardiac involvement in sarcoidosis patients. These findings should be further confirmed in multicenter studies with larger number of patients.

What is already know on this topic

• Cardiac sarcoidosis has a poor prognosis, sudden death can be its first manifestation.

• Diagnosis cardiac sarcoidosis is still challenging, the gold standard diagnosis test is endomyocardial biopsy, which have the inconvenient of being invasive and poorly sensitive. Conventional echocardiography has the advantage of being quick and widely available but has a poor sensitivity and is insufficient to detect cardiac sarcoidosis at an early stage.

What this study adds

The authors declare no competing interest.