2Division of Pathology, the Cancer Institute Hospital of the Japanese Foundation for Cancer Research, Tokyo, Japan

3Division of Pathology, the Cancer Institute of the Japanese Foundation for Cancer Research, Tokyo, Japan

In breast cancer, lymphoscintigraphy-based sentinel lymph node biopsy examinations usually show lymphatic drainage to the ipsilateral axilla, and sometimes to the extra-axillary regions. Drainage to the contralateral axilla is rarely observed in patients that have never undergone any medical treatment involving their breasts. We experienced a case of breast cancer in which bilateral sentinel lymph nodes were detected by lymphoscintigraphy in a patient that had never undergone any medical treatment involving her breasts. Here, we report a rare case and review the clinical and pathological features of several reported cases. In addition, we discuss the necessity of subjecting contralateral sentinel lymph nodes to a biopsy examination.

Sentinel lymph node (SN) biopsy examinations are frequently performed in cases of breast cancer that do not involve clinical lymph node metastasis [1-3]. Lymphoscintigraphy is generally performed to identify SN before surgery. SN are usually located in the ipsilateral axilla, but some are found outside of the ipsilateral axilla. According to previous reports, extra-axillary SN is detected in as many as 19- 25% of breast cancer patients. They are often located in the region around internal mammary chain, but are rarely found in the contralateral axilla [4-6]. There have been a few reports about contralateral axillary SN in patients that had never undergone surgery or radiotherapy for breast cancer or cosmetic mammoplasty [7-12]. We report the case of a breast cancer patient with bilateral axillary SN who had never undergone breast surgery or radiotherapy. This is the first such case we have experienced at our institution.

This case was a 51-year-old female. Neither the patient nor her family had any relevant medical history. She was referred to our hospital because of the detection of an abnormality during screening mammography, and a further examination at our institution revealed cancer in her left breast. The main lesion was located in the upper inner part of the patient’s left breast, and extensive ductal spread was seen in the upper region. Any tumor was not detected during palpation of the patient’s breasts. Mammography showed focal asymmetrical density and areas of distortion together with segmentally distributed amorphous calcifications in her left breast (Figure 1). Ultrasonography showed a hypoechoic tumor (diameter: 10 mm) with irregular margins in the upper inner quadrant of her left breast. We suspected that it was an invasive ductal carcinoma. The ultrasonography also showed hypoechoic lesions, which were indicative of ductal spread in the upper outer region (Figure 2). Dynamic magnetic resonance imaging (MRI) demonstrated that small nodes had spread segmentally and directly towards the left nipple from the upper inner region. The lesion measured 57 × 47 × 40 mm on MRI (Figure 3). The pathological diagnosis of ductal carcinoma in situ was confirmed by a stereo-guided Mammotome® biopsy targeting the calcifications. There were no clinical signs of metastasis to the axillary lymph nodes. Considering wide spread of breast cancer, we planned left mastectomy for curative resection of the disease. In addition, SN biopsy guided by blue dye and radioisotope (RI) injections were planned because the possibility of invasiveness of the cancer was not ruled out at that time. Figure 1: Mammography
(A) Mammography (MLO)
Focal asymmetrical density and areas of distortion were observed in the upper and middle regions of the left breast together with segmentally distributed amorphous calcifications.
(B) Mammography (left MLO spot)
The spot view showed the microcalcifications more clearly. Figure 2: Ultrasonography
(A) A hypoechoic mass (10 x 9 x 10 mm) was seen in the upper inner quadrant.
(B) Small nodules were detected between the mass and the nipple.
(C) A low echoic lesion was observed in the upper outer region. During the operation, we injected indigo carmine into an intradermal site associated with the main tumor and a subareolar site in the left breast. Although none of the SN were dyed blue, they were all labeled by the radioactive tracer. As shown on lymphoscintigraphy, we found three radioactive SN during the operation. One was located in the ipsilateral axilla, and the other two were located in the contralateral axilla. The radioactive counts of the lymph nodes were 17 for the lymph node in the ipsilateral axilla, and 71 and 247, respectively, for those in the contralateral axilla. The contralateral SN exhibited the highest radioactive counts. All of the frozen sections of the SN were free from metastases, so we did not perform complete axillary lymph node dissection. The pathological diagnosis of the surgical specimen was invasive ductal carcinoma with predominant intraductal components. The invasive component extended 1.5 mm in diameter, and extensive ductal spread and slight fat infiltration were also observed. The precise pathological examination of paraffin-embedded lymph node sections did not reveal metastases in any of the lymph nodes. The immunohistochemical examination showed that the tumor was found to be positive for the estrogen and progesterone receptors and negative for Her2/neu. The patient did not suffer any postoperative complications and was treated with tamoxifen for five years and injections of a luteinizing hormone-releasing hormone agonist for two years as an adjuvant treatment. She is currently free from recurrence at 7 years after the operation.

Drainage to extra-axillary (sites other than the ipsilateral axilla) sites was discovered in as many as 25% of cases of breast cancer in which SN mapping was performed. The majority of extra-axillary sites were internal mammary lymph nodes, and a few were intramammary or supraclavicular lymph nodes [4-6]. Previous studies have reported that the frequency of SN detection depended on the radiocolloid particle size and injection site [13-19]. The analysis in our institution showed that SN biopsy procedures performed with the intradermal-plus-deep injection method were found to be significantly superior to those involving intradermal injection alone in terms of their ability to detect axillary SN (No. of axillary SN detected [mean ± SD]: 1.82 ± 0.94 vs. 1.63 ± 0.80, respectively) and to facilitate the visualization of internal mammary lymph nodes on lymphoscintigraphy (51/329 vs. 5/325) [13]. Based on these results, the injection method employed at our institution was changed from intradermal injection alone to the intradermal-plus-deep method in April 2004.

Regarding the treatment of metastasis to the internal mammary lymph nodes, the use of surgery in such cases remains controversial. It has been suggested that surgery can improve patient prognosis in such cases, but there is insufficient evidence to support this assertion at present [22-26]. At our institution, when an internal mammary node is suspected to be metastatic based on ultrasonography, we subject it to fine needle aspiration. When metastasis is cytologically proven, we administer radiotherapy rather than resecting the metastatic lymph nodes. In cases in which lymphoscintigraphy shows an internal lymph node in a patient with clinical stage N0 disease, we try to safely remove the SN to confirm its metastatic status. In cases in which metastasis is detected in an internal mammary SN, the disease is pathologically defined as pN1 according to the National Comprehensive Cancer Network guidelines [27], which should be taken into consideration during decisions regarding the use of adjuvant therapy, including chemotherapy. When an incision made during breast-conserving surgery is located far from the internal mammary region, no operation for SN involving the internal mammary region is considered, providing that the patient and the surgeon in charge agree.

We experienced a rare case of contralateral axillary SN in a breast cancer patient who had never received any medical treatment involving her breasts. Although this report only describes one case, we consider that this case deserves attention because few similar cases have been reported. It is important to accumulate more cases to be able to draw definitive conclusions about the management of contralateral axillary SN in breast cancer.

This study did not receive any financial support.

The authors declare that they have no conflicts of interest. 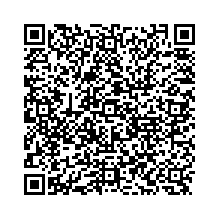