There have been few studies evaluating the incidence of access site-related complications associated with the use of 4-Fr catheters. We recently conducted a prospective, open-label, multicenter, randomized trial that compared the frequency of radial artery occlusion after TRI that utilized 4- versus 6-Fr catheters (NAUSICA trial, ClinicalTrials.gov identifier: NCT00815997) [9]. In this study, no access site-related complications were observed after 4-Fr TRI, whereas after 6-Fr TRI, such complications occurred in 6% of the cases, including three instances of radial artery occlusion and two instances of bleeding. The study also showed that the hemostasis time was significantly shorter in the 4-Fr TRI group (by 1.4 hours). Importantly, in addition to facilitating the patient’s mobility, reducing the hemostasis time also contributes towards alleviating medical staff workloads. It should also be kept in mind that prolonged periods of radial artery compression can be associated with its occlusion and delayed reflex sympathetic dystrophy.

The potential of the guiding catheter as a tool for the treatment of complex coronary lesions depends to a great extent on its compatibility with angioplasty equipment. In this regard, the current process of catheter miniaturization may not have reached the point yet where the law of diminishing returns applies. In fact, 4- and 5-Fr guiding catheters are still associated with some limitations in their compatibility with other angioplasty equipment, which may potentially lead to prolonged procedure times and excessive material consumption, especially when it comes to the treatment of complex coronary lesions [9]. The new Glidesheath Slender introducer sheath (Terumo, Tokyo, Japan) designed for transradial procedures may represent a solution that improves the balance between catheter usability and the incidence of access-site complications [12]. Thus, although the outer diameter of this new introducer sheath (2.45 mm) approaches that of a 5-Fr sheath, the preserved inner diameter of 2.22 mm allows physicians to perform TRI with a 6-Fr guiding catheter. As a result, the risk of access site-related complications remains, at least theoretically, equivalent to that of 5-Fr TRI. In this regard, Aminian et al. recently reported a surprisingly low incidence of radial artery occlusion (0.8%) after TRI using a 6-Fr guiding catheter in combination with the Glidesheath Slender introducer [12].

Finally, utilization of a sheathless guiding system represents another potential solution for reducing the incidence of access site-related complications after TRI with a 6-Fr catheter. However, with a sheathless system, catheter exchange becomes somewhat cumbersome because of the need for recannulating the artery over an exchange guidewire [13]. In addition, a direct introduction of a 100-cm long guiding catheter through the radial artery and manipulations associated with the treatment procedure may increase the risk of puncture site injury. Whether the use of a sheathless guiding system could reduce radial artery complications is another important issue that requires further clarification. 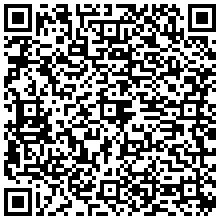