Dr Raisa Nazir Ahmed Kazi is currently working as an Assistant Professor of Physiology in College of Applied Medical Science, Prince Sattam bin Abdul Aziz University, Saudi Arabia. Born and brought up in India. Completed her post-graduation in the field of Medical Physiology from Manipal Academy of Higher Education (MAHE), Mangalore, Manipal, India. After post-graduation worked for three years as a lecturer in department of Physiology, Al Ameen Medical College, Bijapur, India. She holds her doctorate from Renal and Cardiovascular Physiology/Pharmacology research lab, School of Pharmaceutical science, University Sains Malaysia (USM), Penang, Malaysia. She is currently having 10 years of teaching experience in the field of Physiology. Her published work includes the effect of high dietary salt intake on the kidney function in normotensive and hypertensive conditions with specific consideration on various alpha1a Adrenoceptor subtype. Her research experience includes cardiovascular and renal response to dietary sodium variation.

Professor Akira Sugawara belongs to the Department of Molecular Endocrinology, Tohoku University Graduate School of Medicine, Sendai, Japan. He graduated from Tohoku University School of Medicine on 1987 (M.D.), and got Ph.D. on 1991 from Tohoku University Graduate School of Medicine. He performed Postdoctoral Fellowship in William Chin?s laboratory at the Women?s Hospital/Harvard Medical School in Boston from 1991 to 1994. His major is general internal medicine, endocrinology and metabolism and hypertension and nephrology. His research interest is 1) molecular biology of nuclear hormone receptors, 2) etiology of high blood pressure, 3) pathophysiology of diabetic nephropathy, 4) gene regulation of aldosterone synthase, and 5) epigenetics of hypertension and diabetes mellitus.

During his early career in Nephrology, he worked with a Minority population in South Texas that has a high incidence and prevalence of diabetic kidney disease (DKD) and was the Medical Director for a dialysis center for the University Health System. He is very committed to improving heath disparities and helps run the annual Minority Men?s Health Fair at the Glickman Urological and Kidney Institute Department of Nephrology and Hypertension at the Cleveland Clinic Foundation in Cleveland, OH. Another field of interest is ICU nephrology and he is reviewer for the Annals of Thoracic Surgery and for the Cleveland Clinic Journal of Medicine.

Dr. Moro Salifu is a tenured Professor of Medicine and Chairman of the Department of Medicine at State University of New York, Downstate Medical Center, Brooklyn. He is also the Edwin C. and Anne K. Weiskopf Endowed Chair in Nephrology and Transplantation. He has served as fellowship program director since 2003, division chief of nephrology, and director of the kidney transplant program at SUNY Downstate since 2008. He has trained and mentored many residents and fellows, across different institutions in New York and in several States. Board-certified in internal medicine and nephrology, Dr. Salifu is known for his outstanding research, and clinical and administrative skills. He is an expert in internal medicine, kidney diseases, kidney transplantation, interventional nephrology and has two additional masters level degrees, one in public health and the other in business administration. He is highly respected within the SUNY Downstate community as well as in the national and international nephrology community. He is a productive investigator whose research interests include vascular biology, interventional nephrology, and kidney transplant outcomes. His work in vascular biology has resulted in the discovery peptides inhibitors of the F11 receptor on platelets, endothelial and smooth muscle cells and now holds a patent on inhibitors of F11 receptor, with therapeutic implications for the treatment of thrombosis, atherosclerosis and smooth muscle disorders such as pulmonary hypertension and dialysis vascular access dysfunction. He is the recipient of numerous grants including being the principal investigator of multi-million dollar awards from the National Institutes of Health to advance the work of the Brooklyn Health Disparities Center. The center is involved with community based participatory research in cardiometabolic diseases. Dr. Salifu is the recipient of numerous awards, including best educator of the year, Best Doctor US News and World Report, Castle Connelly Top Doctor, Worldwide Registry of Executives and Professionals, Kings of Kings County, just to name a few. He has published extensively in peer-reviewed journals nationally and internationally. He is a Master of the Maerican College of Physicians. He is a member and journal reviewer for nephrology and transplant societies and has served on many local and national professional committees. He is the past president of the New York Society of Nephrology for the 2013-14 academic year.

Ennio Duranti, today Director of the UOC of Nephrology of Arezzo, in the 80s organized the Peritoneal Dialysis service with the training of patients for the execution of Peritoneal Dialysis at home. In the same period he has set up numerous studies on the etiopathogenesis and therapy of kidney stones, for which he attended the Clinic of Prof. C. Pak of the University Hospital of Dallas Texas USA. In the 90s he dedicated himself to the study of the most efficient hemodialysis techniques: AFB, HDF. Director of the Dialysis Center of Montevarchi from 1996 to 2003 and of the Dialysis Centers of Sansepolcro, Cortona and Bibbiena from 2004 to 2012 he developed territorial management projects (with family doctors) of chronic renal failure and related complications. He developed an outpatient Pre-Dialysis path for the conscious and shared choice and the start of patients for Peritoneal Dialysis or Hemodialysis. He is currently setting up a program to initiate patients on Home Hemodialysis and the territorial monitoring of patients in Home Peritoneal Dialysis. It has also activated within the Department of Specialized Medicine, a path for the entry of patients into a renal transplant list, through the use of the Day Service. 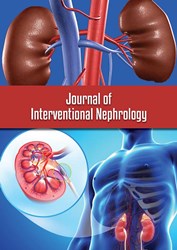