Hypoplastic Left Heart Syndrome (HLHS) represents a rare disease but still common mostly in Middle East and East world population. A large fenotype spectrum, ranging from the less severe mitral and aortic stenosis form to the more severe aortic and mitral atresia one, encompass the disease. We present here a clinical case of aortic and mitral atresia fenotype and show an operative image of the extreme form of that disease. A baby 2 d.o. 2.97 Kg has been admitted with an antenatal diagnosis of Hypoplastic Left Heart Syndrome to our Centre.

A gestational echocardiogram, like described in literature, showed aortic and mitral atresia pictures. On the echo repeated at birth, a very large pulmonary artery was depicted, with a very small ascending aorta. The PDA was very large and filling the descending aorta and the aortic arch, tricuspid valve was mildly insufficient, right ventricular function good without RVOTO. Normal coronary pattern. No other anomalous findings were detected. Born in a protective and specialised environment at 36 w.o., the baby was haemodynamically stable immediately at birth and was maintaining a relatively good systemic-pulmonary setting balance with 83% of saturation. After 8 hrs of age, an infusion of alpoprostadil was started on, following severe desaturation and apnea requiring bagging, urgent intubation, mechanical ventilation and paralysis in presence of PDA narrowing. The baby has been stable until the 4th day of age without inotropes [1,2].

On the 4th day after birth, he underwent a Norwood repair by employing the so called “Sano technique” with a 5 mm. RV to PA conduit, used as shunt. The classical “Sano” technique was employed in that case with a distal anastomoses on the RPA, and the chest was left open for 36 hrs. post-procedure by leaving a small liga-clip on the Sano shunt in order to reduce the pulmonary overflow, in view of the pulmonary vascular resistance falling. The liga-clip was then removed at the chest closure in PICU. Patient remained stable with some milrinone drug on board and all the vital parameters in order, compatible with the new univentricular physiological situation. The post-operative course was uneventful and the patient was discharged on the 8th post-operative day in good condition and stable haemodynamical status.

We present the operative picture taken in theatre of the case described, once the sternum and the pericardium have been opened and the thymus glands totally resected. The picture show a huge pulmonary artery compared to a filiform ascending aorta unexpected in comparison to similar cases. The initial good pulmonary/systemic haemodynamical balance, hold at birth, can be explained just right by the PDA filling an enlarged pulmonary artery until the PDA narrowing after some hours after birth. The fenotype of HLHS showed in the picture, represents the more extreme one associated to endocardial fibro-lelastosis on echo (Figure 1). We think that picture would be useful to students and surgeons in training as educational image in order to take into account the surgical scenario faced on live [3-5]. This fenotype has to be considered as one as associated to the highest peri-operative mortality and short survival on the long distance , even after the third palliative stage procedure included into the usual treatment pathway.

The second surgical step, planned between 3-6 months of age, to treat an HLHS is a bi caval-pulmonary connection also called “ Glenn procedure” in order to allow a better growth of the pulmonary arterial tree which are not well supported more by the small central Sano shunt applied at birth , and continue on the univentricular haemodynamical pathway, which will divert the venous blood return directly to the lungs , bypassing the RV which is mainly acting as systemic arterial pump chamber connected to the aorta by the Damus-Stansel-Key procedure [6,7]. The completion of the univentricular pathway is represented by the total cavo-pulmonary connection according nowdays to the extra-cardiac conduit by employing the so called “Fontan procedure” between 2-4 years of age.

That final step will be successful only when at least 10 physiological principles will be respected [8].

In some occasions, given by a not extreme fenotype of the disease, like mitral and Aortic stenosis of low grade, it is possible to achieve a biventricular repair, planned in advance after some initial palliative procedures. The chance of a good result is calculated preoperatively by the Rhode score on echo, which takes into consideration different parameters, including the LV form and its volume according to the anatomy, and the presence of endocardium fibro-elastosis disease associated to [9].

The low Rhodes score calculated on echo in this specific case, did not give any indication to a biventricular repair.

The severe uni-ventricular form expressed even by a filiform aorta , in this case , unfortunately carries a poor prognosis on the medium term also due to very high risk of re-coartation of aorta requiring several surgical or interventional procedures , each time demanding and at high mortality risk [7-11].

In HLHS mortality is in any case very high on the long term, even after a successful third stage palliation procedure [12-15].

The LV itself and all the components of the LV are severely underdeveloped here [12]. The presence of a solitary RV, often associated to a tricuspid insufficiency does not guarantee, on the long term, a proper survival [13]. The presence of a more or less RV development , contractility and anatomy is still debatable in regards to the long term survival but seems now quite clear that the RV function and anatomy are two of factors of paramount importance for the long term survival up to the youth (Figure 2). The physiopatology of the single heart has been very well studied over the last years, and certainly that has contributed to a better post-operative and long term survival. 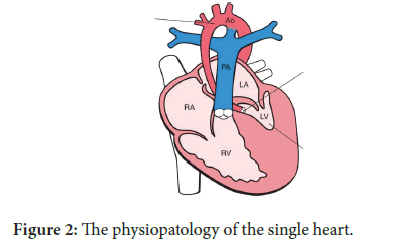 Figure 2: The physiopatology of the single heart.

Even considering that, the real final and definitive conclusion in the treatment of an HLHS is represented by the heart transplant [15].

It is still debatable whether or not to intervene at all on babies born with HLHS or it would be better interrupt the pregnancy in Countries at least where that is legally allowed.